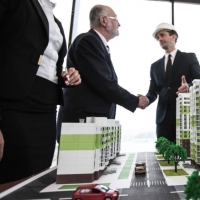 The Canadian housing market battled turbulence in 2017 and 2018. A massive housing bubble formed in major metropolitan areas like the Greater Toronto Area and Metro Vancouver.

Policymakers were forced to step in and instituted a foreign buyer tax that had an immediate impact on markets. New mortgage rules were instituted by the OSFI in January 2018, which included a stress test for uninsured buyers.

These regulatory changes significantly cooled home sales in these key regions, but the sector has started to heat up again in 2019. Home Capital Group (TSX:HCG) stands as something of a microcosm for the housing sector at large.

The company’s near collapse in the spring of 2017 sparked many of these regulatory changes, and it had housing bears roaring. Shares of Home Capital have soared 141% in 2019 as of close on November 27.

The alternative lender passed through a period of internal restructuring, but it is back on track in this improving environment.

In the third quarter, Home Capital reported a profit of $39 million, which was up $32.6 million from Q3 2018. Adjusted earnings per share rose to $0.72 compared to $0.41 in the prior year. Mortgage originations at Home Capital rose to $1.55 billion over $1.28 billion, driven by a big rebound in the Greater Toronto Area.

Back in September I’d discussed why there are good reasons to feel confident about Canadian real estate ahead of the New Year. Recent developments have made this forecast look conservative.

The Canada Mortgage and Housing Corporation (CMHC) has forecast that home prices will reach and exceed their 2016 and 2017 peaks.

There are still calls for the Canadian housing market to crash as we look ahead to the New Year. Today I want to look at two reasons why this is extremely unlikely to happen in the 2020s.

A recent survey commissioned by Royal Lepage revealed that newcomers to Canada account for more than one fifth of the housing market, fuelling growth in Ontario, B.C., and Quebec. Investors should expect this trend to continue in the 2020s.

Canada’s population grew by 531,000 from August 2018 to July 2019 — the largest 12-month increase in the history of the country. More than 60% of that growth took place in Ontario and British Columbia.

Rising immigration rates are working in tandem with the second factor we will cover today to produce a situation that will underpin the Canadian housing market for the foreseeable future.

The supply of new homes has failed to keep up with Canada’s booming population growth. CMHC reported that housing starts fell in the month of October. Seasonally adjusted annualized rate of housing starts fell to 201,973 units last month. This fell short of economists’ forecasts of just over 220,000.

Supply constraints in major markets explain why housing prices are forecast to steadily increase in the coming years. This will exacerbate the unfolding crisis of housing affordability, but there are no indications that these market conditions will undergo any dramatic shift in the near term.

The supply crunch and high levels of migration into Canada’s major cities will work to keep the real estate industry bustling over the next decade.