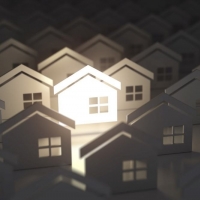 CMHC: No, Toronto Isn’t in a Massive Housing Bubble

It seems every week for the last decade, somebody has declared Canadian real estate is massively overvalued. Yet, despite this bearish sentiment, the market keeps on marching higher.

Sure, there have been certain markets that have struggled. Pretty much every city in Alberta has seen housing prices collapse along with the price of oil. Vancouver showed some temporary weakness, too. But these haven’t been enough to impact nationwide prices, which continue to make new record highs.

Much of the attention of bearish prognosticators has been focused on the Greater Toronto Area, which isn’t very surprising, considering it’s the largest city in the country and its real estate has performed exceptionally well. These folks say metrics like the price-to-rent ratio and the price-to-average income ratio suggest the market’s real estate is massively overvalued.

But the ugly truth is, many of these analysts have been consistently wrong for more than a decade. Will they continue to be wrong going forward? Or will they finally be vindicated with a collapse?

Nobody knows the answer for sure, but one of Canada’s top real estate experts has recently made a major shift in its opinion.

The Canada Mortgage and Housing Corporation’s (CMHC) recent Housing Market Assessment had a very interesting change in it.

For the first time in years, the Crown corporation responsible for insuring the majority of high-ratio Canadian mortgages downgraded the Toronto housing market from highly vulnerable to moderately vulnerable. Victoria remains the only major market in the highly vulnerable category.

In fact, CMHC went one step further and downgraded Toronto’s risk from overvaluation from moderate to low. Yes, you read that right. CMHC no longer thinks Toronto’s real estate is overvalued.

There are undoubtedly Toronto real estate bears reading this — folks who are downplaying this recent CMHC report. But we must remember that CMHC has more data than just about anyone. These people know real estate and can use their expertise to make some pretty informed decisions. I won’t argue that CMHC is infallible, because we all know that isn’t true. But it’s silly to discount its official opinion because it differs from the prevailing thought.