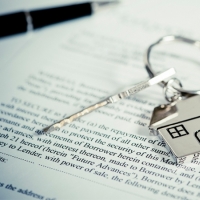 Changes to the federal mortgage stress test, due to come into force April 6, have been put on hold indefinitely, the Office of the Superintendent of Financial Institutions (OSFI) has announced.

The federal financial regulator had previously announced that the stress test would be relaxed for insured-mortgage applicants. The new qualifying rate for insured mortgages (those with less than 20 per cent down payment) would have calculated at the weekly median five-year fixed rate from mortgage insurance applications, plus two per cent. This was intended to replace the current calculation, which is the Bank of Canada’s average posted interest rate, or the mortgage applicant’s contracted rate plus two per cent, whichever is the higher.

However, following the Bank of Canada’s emergency interest-rate cut on March 13 of 50 basis points, the second such cut in nine days in response to COVID-19, OSFI has suspended the change indefinitely.

The new lower interest rates may have a similar effect as the planned stress test relaxation, and OSFI may be attempting not to compound the effect.

However, many mortgage lenders have not yet passed on the first of the two BoC rate cuts to their customers, and some have even increased fixed mortgage rates.Jeremy Rudin, the Superintendent of Financial Institutions, said in a statement, “OSFI is focusing its efforts on issues in the environment that require continued vigilance. OSFI is committed to being a risk-based and agile regulator that calibrates responses that are fit for purpose.”OSFI is also lowering the Domestic Stability Buffer requirement for domestic systemically important banks by 1.25 per cent of risk weighted assets, effective immediately, according to the Department of Finance. Such banks were supposed to see their buffer increased to 2.25 per cent, but this increase is now cancelled.The department said is a statement, “This action will increase the lending capacity of Canada’s large banks and support the supply of credit to the economy during the period of disruption related to COVID-19. The release of the buffer will support in excess of $300 billion of additional lending capacity.”Finance minister Bill Morneau stated, “The government is preparing a significant stimulus program, to stabilize our economy, support businesses and protect Canadians… To all Canadians, our government wants you to know that we have your back. We will take every necessary step to give you confidence.”