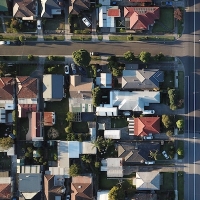 Nearly one month into the Ford government implementing state of emergency measures in Ontario, there is no question that everything from local home sales to progress on new developments in Toronto’s real estate industry are going to take a hit — whether only temporarily or long-term still remains uncertain.

While the first few weeks of March saw regular activity in Toronto’s housing market, as soon as the new social distancing measures were introduced after March 15, activity began to gradually decline, with home prices and transactions now down across all housing segments in Toronto, according to real estate agent Doug Vukasovic.

According to Vukasovic, for the first time since May 2018, home prices have declined in both the freehold and condominium segments as a result of COVID-19. On March 15, the average price for freehold homes in Toronto hit $1.36 million, however, they’ve since dropped to $1.25 million as of April 5. It wasn’t much different for condominiums, with the average price hitting $712,124 on March 15 before dropping to $637,086 on April 5.

With social distancing measures and restricted showings in place, new listings are also down. On March 15, there were 1,308 new listings in Toronto compared to just 645 on April 5.

But when looking at Toronto’s housing market over the past month, Vukasovic says the last four weeks combined show that average prices are still up compared to those in 2019.

However, he expects this will change in the coming weeks if COVID-19 continues to have a major impact on listing showings and demand. Currently, the average price for detached homes in Toronto is $1.36 million; $1.18 million for semi-detached; $1.04 million for rowhomes; $697,000 for condo apartments, and $708,000 for condo townhouses.