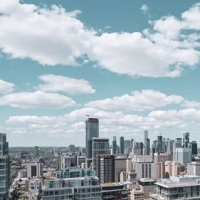 Toronto is the Fastest Growing City in the U.S. and Canada!

Toronto is the Fastest Growing City in the U.S. and Canada 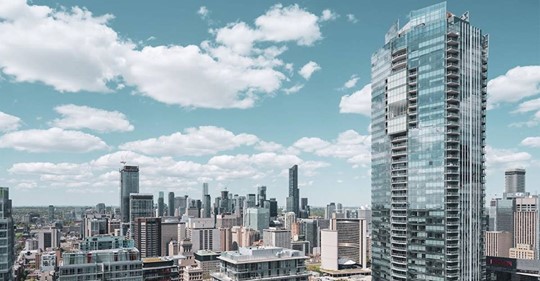 Toronto is a city on the rise in so many different ways, but chief among them is our population. It's growing exponentially.

In fact, based on census data, Toronto's population is "by far the leading city" for growth among all central cities in either Canada or the United States.

"Population growth in the City of Toronto during the 12 months ending July 1, 2018 was stunning," reads a newly-released analysis from Ryerson University's Centre for Urban Research and Land Development.

"The City of Toronto population grew by 77,435 persons, exceeding the combined gains of the three fastest growing central cities in the United States," continues the report, which was authored by Ryerson researchers Frank Clayton and Hong Yun (Eva) Shi.

Phoenix, Arizona, the second-highest ranked city, trailed behind with less than half the net growth numbers posted by Toronto at just 25,288 new residents — still leaps and bounds ahead of major U.S. cities like Los Angeles, Boston, Chicago and New York (which actually lost nearly 40,000 residents between July of 2017 and July of 2018.) 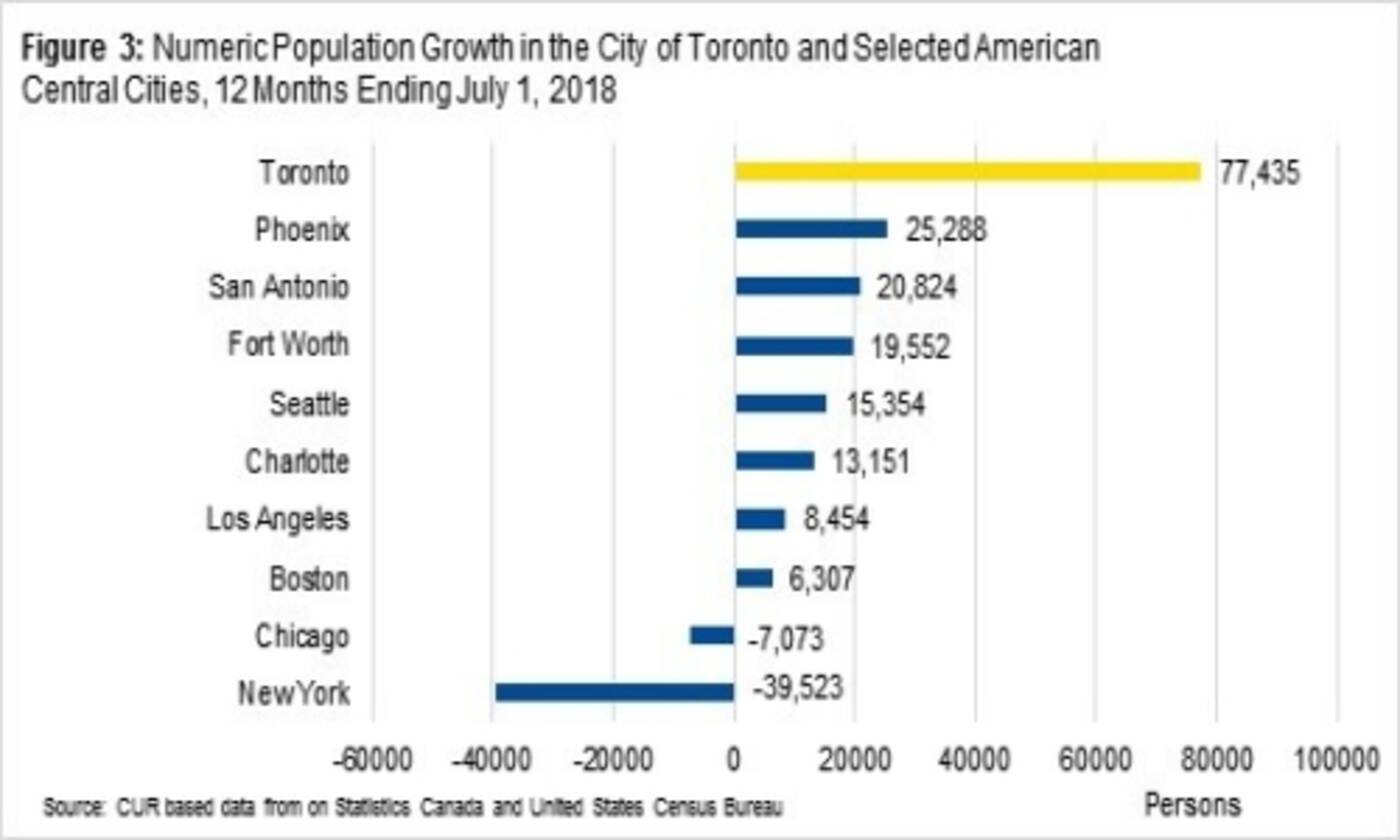 Toronto is "by far the leading city in population growth" among all major cities in the U.S. and Canada, according to analysts. Image via Ryerson University.

It's important to note that these figures apply only to the City of Toronto — not the entire metropolitan area.

The GTA was actually found to be the second-fastest growing metropolitan area in Canada or the U.S., just after Dallas-Fort Worth-Arlington (Texas), but by a wide margin over all other contenders.

Greater Toronto added roughly 125,300 residents between July of 2017 and July of 2018, according to Stats Canada, while the only other Canadian city mentioned in the report — Montreal — grew by 66,116 people during the same time period.

The regions are also growing quite differently.

"For metropolitan Dallas-Fort Worth-Arlington, births were by far the largest component of growth, followed by net domestic migration and net international migration," note Clayton and Shi.

"In contrast, net international migration (both permanent and temporary residents) was the dominant source of population growth in metropolitan Toronto, followed by births," the report's authors continue.

"Net migration into Toronto from other parts of Canada was very small compared to Dallas-Fort Worth-Arlington."

If only the city could figure out how to house all of these new people, plus existing residents.